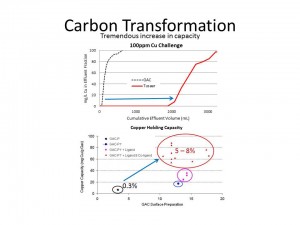 Tusaar’s technology simply and efficiently sequesters contaminating metals from process or waste streams to enable water reuse, discharge or further treatment. It works in the presence of competing metals and organics. It’s also highly effective on numerous organo-metallic complexes. And even better, lab experiments have shown a very long active media life. Metals can be easily recovered and the media regenerated for reuse creating greater value and less waste. 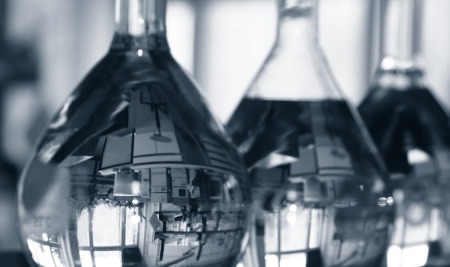 The ability to withstand and work in difficult environments was proven in a recent pilot demonstration at a large public university laboratory waste management facility. Waste is received at this facility from over 400 sources with minimal description of constituents. Due to the variation in chemistry and the presence of multiple chemicals, organic, inorganic and complexes, the university regularly shipped the waste as hazardous material to an off-site vendor for treatment and safe disposal.

When  a Tusaar MetaHold system was installed, the only pre-treatment requirement was the adjustment of the influent pH to be between 2 and 5. This brought the solution into the Tusaar media working range and also caused the precipitation of some metals that were in concentrations of over 1000 ppm. The media was contained in columns in series and the solution pumped though once.

The effluent metal concentrations were below the local city discharge limits while organics were reduced over 75%. Tusaar’s process followed by a simple GAC column to further reduce organics and the neutralization of acids enabled the waste to be discharged into the public water treatment system.

Use of MetaHold resulted in reduction of waste volume of over 95% and a similar reduction in cost for the university. Following the success of this pilot a permanent system utilizing the Tusaar technology has since been installed at the University of Colorado Boulder Environment, Health and Safety (EH&S) department.

A pilot was run as a printed circuit board manufacturer where the waste stream contains, copper, nickel, silver, lead, tin, and zinc in a solution containing multiple acids, organics and chelating agents like EDTA. A 5 kg Tusaar MetaHold column was used as a demonstration model. 25 cycles of operation and regeneration were run. Results showed that the Tusaar technology performed better than the existing ion exchange in use and required fewer pre and post treatment steps. Residence time required for MetaHold was less than that needed for Ion Exchange. Regeneration of the Tusaar media was also simpler than the ion exchange media in use at the facility.